Capacity crunches can be one of the biggest headaches for shippers. Tightened capacity can lead to higher transportation costs and increased potential for delays when you can't find space. With today's challenging market conditions, many shippers are looking to rail transportation as a possible remedy for their capacity problems.

Before we delve into discussions about how intermodal services could benefit you, it's important that we at least touch on the underlying factors that are fueling capacity crunches on the road.

Driver Shortage: For years, the trucking industry has been challenged by a nationwide professional driver shortage that has seen unfilled positions upwards of 50,000. With the average age of a driver being 49, the number of drivers that are retiring compared to entering the workforce is also creating an imbalance.

Economic Growth: When the economy performs well, supply and demand also increase. While positive numbers on the economic front bode well for industries, the increased demand for space in trailers intensifies.

Natural Disasters: In the wake of devastating natural disasters, such as Hurricanes Harvey and Irma, hard-hit markets see a spike in freight demand. It has been projected that as much as 7 percent of truck capacity could be diverted to regions impacted by this year's hurricanes, which could last for months.

When you combine all of these factors, plus issues that we haven't discussed, capacity can become spread even more than it would under normal conditions.

How Intermodal Helps With Capacity

Intermodal transportation has rarely been the first thought to come to shippers that move freight over long distances. This is illustrated by the fact that rail services account for only single-digit percentages of the total freight moved around the country.

However, rail services in the U.S. and abroad have made drastic improvements over the past several decades. From improved transit times to better fuel consumption and a less bumpy ride for cargo, the efficiency of rail transportation is lightyears ahead of it where it once was.

And in terms of taking pressure off road capacity, consider that a single train can carry hundreds of containers worth of cargo. On top of that, the U.S. rail network covers every major market from coast to coast and border to border.

Intermodal transportation of traditional cargo can be moved in two ways:

COFC is probably the most familiar type of intermodal service that shippers are aware of. Containers are filled with freight at a transloading facility, such as Averitt's service centers, and then transported to a rail yard to be loaded onto a train car. Once the train arrives at its destination, the freight is then transloaded to a traditional truck trailer for final delivery and distribution.

TOFC is another form of rail transportation that many shippers are unaware of. In this case, a standard truck trailer is loaded with freight at the shipper or carrier's facility and then placed onto the train.

When the train arrives at its destination, the trailer is loaded onto a truck to make the final delivery. This service can help shave time off transit by foregoing the need to transload from container to trailer.

Is Intermodal A Good Fit For You?

Nearly any supply chain that involves long-distance hauling  can find a variety of benefits by using intermodal services, including savings in costs and transit times. This is especially true amid challenging capacity constraints on the road.

Nonetheless, the key to realizing the true benefits of intermodal services is to work closely with your transportation providers. Identify partners that can help you excel, both, on the road and on the rail.

Do you have a question about intermodal services? Let us know in the comment section below and one of our intermodal specialists will chime in. 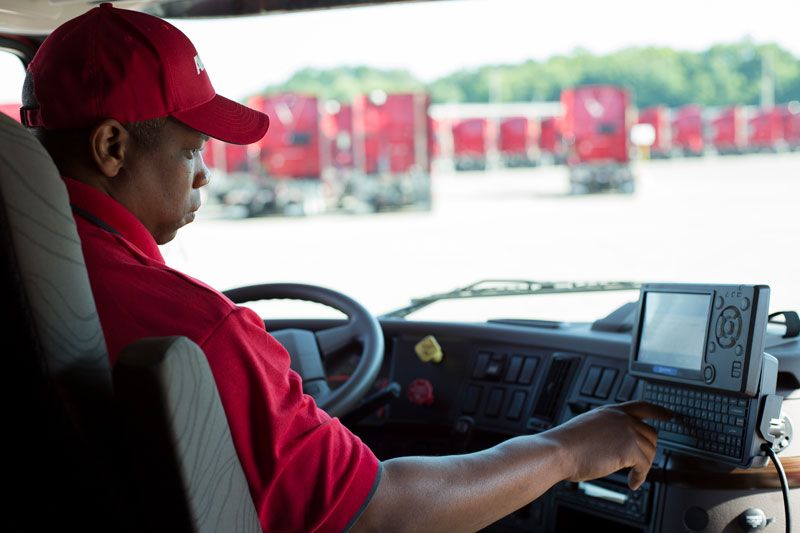 The Trucking ELD Mandate: What It Means For Your Business

Why Our Driving Concern Is Safety