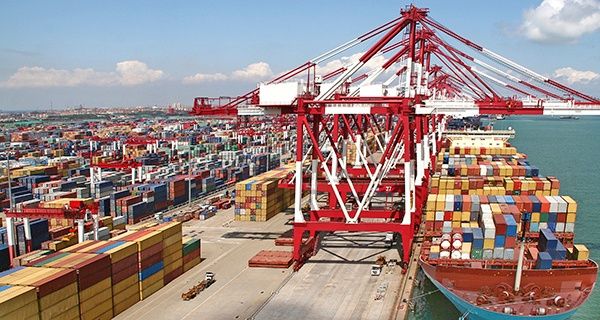 Ups and Downs of Ocean Rates

2015 WILL LIKELY BE RECORDED AS THE MOST VOLATILE YEAR IN THE HISTORY OF CONTAINERIZED OCEAN SHIPPING.

During the peak of the West Coast ILWU/PMA labor dispute that was reached in February of 2015, backlogs and congestion reached from both shores of North America all the way back to the containers stacked up in Asia awaiting a slot on a vessel that had been long delayed by the gridlock on the West Coast and the sheer volume that was diverted and moving via East and Gulf Coast ports, container rates had skyrocketed to a level never seen before.  Many desperate shippers were willing to pay almost any price to get their cargo moving.

When the congestion and backlog finally started to clear up in late spring and early summer, inventory levels by US importers soared as result of product arriving too late for the intended season and product was either set aside in hopes of selling the next year or drastically marked down to dispose of the unwanted inventory. Averitt had informed our customers and recommended some alternatives prior to the labor contract deadline of the potential for disruptions in their supply chain but only a handful of importers had made sufficient backup plans to allow them to escape one of these two scenarios. 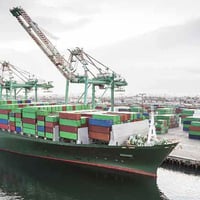 Once the backlog was under control, the cargo volumes dropped and in an attempt to protect their respective market shares it prompted the ocean carriers to embark upon a rate reduction trend that has been the most rapid slide to the lowest levels in the history of container shipping by the 4th Quarter of 2015. During the 3rd and 4th Quarters the carriers were announcing either a General Rate Increase or a Peak Season Surcharge every 15 days but none of the increases were sustained and in many instances resulted in another net decrease in the rates. The most drastic cuts were made to the East and West Coast Ports while the rates to inland points did not see quite the same level of decrease on a percentage basis.

Now, here we are in 2016 and starting with another round of announced increases by the carriers. A hefty GRI on Jan 1 that is as much as $1200 per 40’ by some carriers topped off with a PSS on Jan 15 as much as $600 by some carriers. This time around the carriers are more confident that at least some if not all the increases will be sustained by virtue of the fact that carriers have pulled a number of vessels reducing overall capacity in the market plus Chinese New Year is coming fairly early this year (Feb 8th) and factories in Asia are already trying to clear out their pending orders and ship early to allow them to give their production workers a longer than normal holiday. Space is already tight especially to the East Coast and bookings are being made in early January for cargo that won’t be ready until the end of the month or the first week of February.

Averitt will do everything possible to protect the space necessary to move our customer’s shipments in a timely manner while negotiating the most competitive rates possible to help keep any increases in the supply chain costs to a minimum.

Rate levels ended 2015 at some of the lowest levels in history, but as it always does, the pendulum is swinging the other way starting in 2016 and we encourage our customers to account for these changes in their planning for 2016. Rates should trend downward again immediately following the Chinese New Year surge and will most likely rise again as the volume of cargo begins to fill the vessels that the carriers keep in service.

One of the other results of the costs incurred by the carriers due to the labor disputes and resulting backlog/congestion and the rate slide that followed is that it has created a financial crisis in the ocean shipping industry.

Most carriers are laden with debt as a result of their acquisition of many of the mega ships designed to reduce costs in the long term but represent a tremendous financial burden in the short term. The revenue generated at the low rate levels of late 2015 hardly covered the variable operating costs let alone any contribution to overhead and especially debt. Carriers have announced massive cuts in administrative personnel in an attempt to “right the ship”, but given the dire circumstances more actions are necessary.

The most visible action outside of the attempt at sustaining rate increases is the mergers and acquisitions that are taking place and some that are still being discussed as strong possibilities. The CMA acquisition of NOL/APL was the first to be announced and shortly followed by the two Chinese Flag Carriers (Costco and China Shipping) being given approval by the Chinese authorities to begin discussions on a merger along with approval for China Merchants (a Chinese conglomerate engaged in Terminal Operations, Banking, Communications and many other ventures) to absorb Sinotrans into their operations. While not officially confirmed there are many other discussions regarding possible mergers that might make strategic sense. Most of them involve the major carriers based in a single country like the two major Korean carriers and the three major Japanese carriers.

What will this all mean for the overall market in 2016?

It will most certainly mean fewer choices in ocean carriers, a reshuffling of the many routes and alliances that have been formed over the last 3 years and it will mean that the carriers will try to “right size” the capacity with the market demand that is forecasted.

This will require more concise planning by our customers and their suppliers to schedule container bookings that are closely in synch with the actual production schedules. The abundance of available space and the luxury of being able to book containers with only a few day notice will not be available other than the lull that occurs right after the Chinese New Year.

Averitt stands ready for this challenge and encourages all our customers to work closely with our International Solutions team to anticipate their supply chain needs and space requirements and build the most efficient and cost effective international supply chain solution that exactly matches the needs of each individual customer.

We also want to take this opportunity to thank all our customers for your loyalty and confidence in our capabilities and our dedicated associates for their persistence in protecting your service in this market during these volatile times in the market.