Leaders and cargo movers from across the international shipping industry were out in full force this year for the Journal of Commerce's 16th TPM (Trans-Pacific Maritime) Annual Conference in Long Beach, CA. In the thick of it all wa

After four days of making the rounds and sitting through discussions to size up the industry's concerns and outlook for 2016, McGee delivers his three major takeaways from

1. A Rather Mild Outlook For The Economy At Large

Most of the speakers who talked about the global economy were either mildly optimistic or mildly pessimistic. No one was gloom and doom and no one was overly optimistic. Predictions ranged from a 0 to a 5 percent growth for this year on an overall global basis.

However, the vessel operators admitted that the market was in a depression and some of the carriers may not survive the economic storm. Capacity still far outweighs demand and rates continue to be depressed as a result. Carriers will pull many vessels from service to try & create a balance to hopefully stabilize rates.  While not mentioned by name, there were two carriers who were implicated as ones who may not survive.

Probably the most talked about session was the Panel on the SOLAS Container Weight Verification Requirement Act which is scheduled to go into effect July 1, 2016. Industry participants around the world have been scrambling to get clarification on exactly who would be responsible for certifying the weights of every container and exactly how that might be accomplished. Public opinion up to this point was that the shipper would bear the responsibility, and the terminal/vessel operator would be responsible for verifying the certification prior to loading the container on board.

Coast Guard Rear Admiral Paul Thomas dropped a bombshell when participating in the panel by stating that the shipowners bore the responsibility of verifying the weights of the containers prior to loading.

Thomas also commented that any compliance with SOLAS would be a commercial decision between the stakeholders in the business rather than a regulatory requirment enforced by the Coast Guard. He suspected that many other Coast Guard operations around the world would most likely take the same stance.

President of steamship line CMA Paul Bourdon, who was also on the panel, was visibly "shocked" by the Rear Admiral's statement and commented that further clarification would be needed to find the correct way forward. This revelation almost certainly means that the July 1 date will have to be extended, unless of course the stakeholders and other regulatory bodies agree by then that no further certification of mass is necessary to be compliant with SOLAS.

3. PMA And ILWU Leaders Shake Hands: Too little, Too Late?

The other Takeaway was regarding the PMA and ILWU discussions. Both Robert McEllrath (President of the International Longshore and Warehouse Union) and James McKenna (President of the Pacific Maritime Association) agreed that the gridlock on the West Coast in 2014 and 2015 should NEVER have happened and that they recognize that many businesses were hurt badly by the gridlock and that the US West Coast ports have lost market share and created an environment where shippers are constantly looking for viable alternatives to being committed 100% to the West Coast Ports.

Both Parties shook hands on stage and agreed that they would begin negotiations for an extension to the agreement just reached in the very near future. They also agreed to have regular meetings to address the more contentious issues as they arise as opposed to trying to address them all at one time during the negotiation period.

If they indeed follow through and pass this practice forward to their successors—it should avoid these issues going forward. However, the importers and exporters who were "burned" in the last contract gridlock will most likely continue to diversify their supply chain and shift cargo to other ports just as an insurance policy. 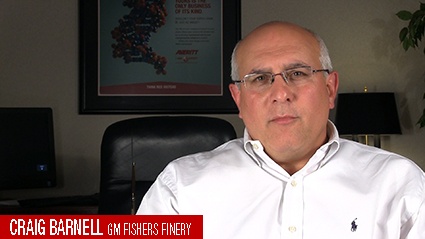 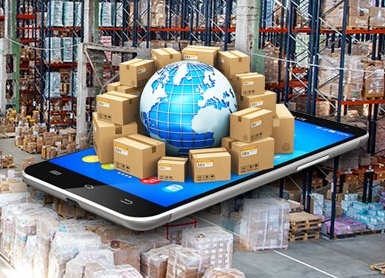 5 Ways A Warehouse Management System Can Improve Your Supply Chain